The Trump administration and the state of California are currently engaged in parallel processes to determine the proper level of fuel economy and greenhouse gas emission standards for light-duty vehicles for model years 2022–2025 and beyond. While California seeks to retain existing standards to meet the state’s environmental objectives, the federal government recently announced that the 2022–2025 standards are “not appropriate” and is now undertaking a new rulemaking. The components of a compromise have been identified, in which regulators offer automakers flexibility to meet standards in the near term in exchange for increased stringency over a longer period of time.

New technology can both increase fuel economy and enhance safety benefits simultaneously. The rise of autonomous vehicle technology can lead to dramatic increases in vehicle safety while simultaneously driving fuel economy improvements. While these technologies are under development and the extent of their benefits is still emerging, test results offer the promise of substantially increased efficiency and improved safety through vehicle- and system-level improvements. Yet because these technologies are so new, there is neither sufficient deployment nor adequate understanding of the degree to which these innovations can improve vehicle efficiency and decrease emissions. Moreover, such technologies are not easily accounted for in the current regulatory regime. SAFE estimates, based on independent fuel efficiency modeling, that an 18–25 percent system-wide fuel economy savings can be realized by using existing driver assist and connected vehicle technology, and that thousands of lives can be saved annually.

Fortunately, the off-cycle credit program within the Environmental Protection Agency’s (EPA) regulations to limit greenhouse gas emissions from light-duty vehicles provides a mechanism that could be used to accelerate the real-world testing, and eventual incorporation, of these technologies into the fuel economy program—not only resolving the safety-fuel economy issue once and for all but, more importantly, saving thousands of additional lives while providing further reductions in fuel demand. As part of the current ongoing discussions between automakers and regulators, parties should agree to allow automakers to earn compliance credits (for 3–5 years) as part of a research program to deploy autonomous and connected vehicle technology, collect data about the technology’s performance, and share the data with regulators so that they can together evaluate the effectiveness of this emerging technology. To the extent that the testing demonstrates improvement in efficiency, lower emissions and increased safety, regulators can use the data to support permanently accounting for such efficiencies in future compliance periods. 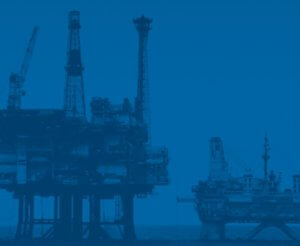