“Advancing the testing and deployment of AVs will improve roadway safety, increase transportation access for seniors and individuals with disabilities, and make our transportation system more efficient while breaking our dependence on the unfree global oil market. The unanimous approval of this bipartisan legislation in the House Energy & Commerce Committee is a testament to the excellent leadership of Chairman Latta, Rep. Dingell and other members, and we look forward to continuing to work with our partners in Congress as the bill moves forward. SAFE has supported many aspects of this bill from the beginning, including defining the appropriate roles of the federal and state governments, the rewriting of existing FMVSS regulations to properly address AVs and the creation of advisory committees around data sharing and disability engagement,” said Diamond.

SAFE published an updated analysis of the House E&C’s bipartisan legislation that outlines its many strengths and identifies areas for improvement.

Since early 2016, SAFE has been on the forefront of AV thought leadership and has provided concrete policy recommendations and testimony to state and federal-level legislators, agencies and the administration. SAFE’s notable publications include:

Statement for the record studying the nexus between AVs and alternative fuel vehicles (February 2017), which found that 80 percent of current AV models employ an alternative fuel drivetrain. 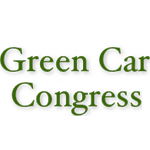