“We recognize California’s efforts to adapt to rapid technological developments in its rules for self-driving cars. California’s current rules are not reflective of the state’s status as a hub of innovation, and put its residents at a disadvantage. SAFE looks forward to reviewing this proposal and providing comments to contribute to a regulatory framework that supports innovation and will help society realize the full scope of benefits that self-driving cars offer.”

Today, 92 percent of the U.S. transportation system is powered by oil. Autonomous vehicles are anticipated to enable a rapid shift towards alternative powered vehicles, diversifying the transportation sector away from oil, a single, highly-volatile global commodity traded on an unfair and unfree market.

SAFE continues to advocate for a unified, clear, modernized framework from Congress to allow for a safe and speedy deployment of AVs on our nation’s public roadways for both cars and commercial vehicles. 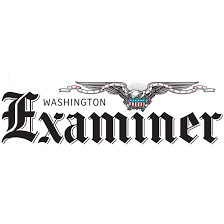