Washington, D.C.— Today’s announcement by the National Highway Traffic Safety Administration (NHTSA) that traffic fatalities on American roads have surged by 7.7 percent, combined with the recent news of a fatal crash that occurred while Tesla’s autopilot function was activated, illustrate both the importance of autonomous driving features and the critical need for caution when deploying these features. In addition to radically improving traffic safety, autonomous vehicles create an opportunity to accelerate a widespread transition to alternative fuels like electricity, delinking America from the volatile global oil market and enhancing our economic and national security.

“Recognizing the paramount importance of public safety while, at the same time, fostering the ability of innovation to save countless lives and transform our energy landscape is the critical balancing act for industry and policymakers in the years to come,” said Robbie Diamond, President and CEO of Securing America’s Future Energy. “Today’s announcement from NHTSA makes clear that America’s roads are becoming increasingly dangerous as distracted driving is on the rise—a transition to autonomous vehicles, which are estimated to reduce roadway fatalities by 94 percent, cannot come soon enough. That said, the tragic fatality that occurred in a Tesla vehicle that was operating on autopilot is a very sad and telling reminder of the tension that occurs between realizing the societal benefits of new technology and the need to protect the public while such technology is still being developed. There is tremendous risk of operating at extremes that will either risk lives or stymie innovation; correctly calibrating these needs is our clear imperative.”

Driverless vehicles stand to completely upend the traditional notion of transportation virtually eliminating on-road fatalities while creating new ownership models and drastically reducing our oil consumption. According to NHTSA’s just-announced preliminary data, an estimated 35,200 people died in 2015, up from the 32,675 reported fatalities in 2014. In its statement today, NHTSA and the Department of Transportation rightly reference the importance of autonomous safety features in addressing the surge in traffic fatalities. SAFE urges an expeditious approach as the Agency develops new guidance for the innovations in this space.

A connected, autonomous transportation system has the potential to slash the United States’ dependence on oil and save lives as innovations in the sharing economy and electric vehicles set the stage for a radical reinvention of traditional mobility.

Securing America’s Future Energy (SAFE) is a nonpartisan organization that aims to reduce America’s dependence on oil and improve U.S. energy security to bolster national security and strengthen the economy. SAFE advocates for expanded domestic production of U.S. oil and gas resources, continued improvements in fuel efficiency, and in the long-term, breaking oil’s stranglehold on the transportation sector through alternatives like natural gas for heavy-duty trucks and plug-in electric vehicles. In 2006, SAFE joined with General P.X. Kelley (Ret.), 28th Commandant of the U.S. Marine Corps, and Frederick W. Smith, Chairman, President, and CEO of FedEx Corporation, to form the Energy Security Leadership Council (ESLC), a group of business and former military leaders committed to reducing the United States’ dependence on oil. 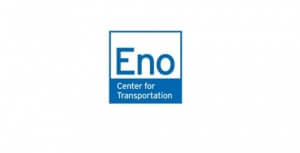 How driverless cars can empower Americans with disabilities Read More